Using AI to Cut Waste, Naturally and Invisibly: Tech You Can Talk To 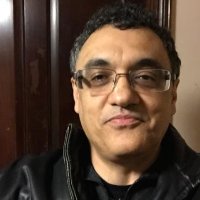 Using AI to Cut Waste, Naturally and Invisibly: Tech You Can Talk To

Stepping Away from Consumption, Using Tech to Cut Waste

A new wave of innovation is sweeping modern society and its ethos can be summed up in two words: cutting waste.

Wasted cars, parked all day, wasted apartments and houses, empty for hours on end, wasted energy squandered heating or cooling those empty homes, wasted millions of gallons of water, one drop at a time from leaky pipes, and most tragically, wasted lives and wrecked homes caused by the unpardonable sinful trifecta of manipulation, ignorance, and the blind pursuit of profit at all cost.

Enter Uber, Car2Go, Airbnb, Trippy, Instacart, WeWork, Vida and a rapidly growing slew of services collectively known as “The Sharing Economy,” with a clear and focused mission: to make a lot of money by minimizing a lot of waste.

Instead of the traditional relentless unleashing of intelligence to make people buy what they don’t need, the imperative now is to make people buy a lot less of what is wasteful and a lot more of what is efficient. In fact, the pivot is even more radical than that: in a nutshell, the call is to no longer buy and own things, but instead, to borrow stuff for a fee – i.e., to rent — and to rent them for exactly as long as you need them. We have gone from purchasing and owning stuff to paying for services on demand.

But ironically, this ethos of The Sharing Economy is emerging in parallel with the occurrence of another no less monumental development: the rise of the Zero Marginal cost society. Just when manufacturing things is cheaper than it has ever been (thanks to automation across the value chain and a production stack culminating in the 3D printer), the capitalist model is rapidly morphing from one of selling things to one of selling services. But this seeming paradox is not a conundrum because there is no longer any profit left in making things, economic activity is now moving to the service layer, where vast swaths of space and opportunity have opened up. Since service is all about experience, the race is now fiercely on for who can deliver value with minimal imposition on the customer.

Since service is all about experience, the race is now fiercely on for who can deliver value with minimal imposition on the customer.

Today, we are witnessing the “sudden” emergence of a whole new kind of interface: “Invisible Apps.” These “Invisible Apps” leverage a whole ecosystem of technologies that are now becoming affordable and available for developers and entrepreneurs to build with. Only five years ago they were locked up in private labs.

The list includes: highly accurate Speech Recognition, Machine Learning, Natural Language Processing, Machine Translation, Texting platforms, etc. The emerging and evolving result is the enthralling birth of a whole new generation of minimalist apps and products that aim to do the human’s bidding quickly, efficiently, and then humbly getting out of the way once done.

A few clicks gets you a taxi (Uber, Lyft), fewer clicks get you a pizza (Dominos); for taking care of your health you have Vida; to quickly find a restaurant, use Luka.ai; to book a trip with no hassle, there’s Pana; for your booze there’s Saucey, and the long list goes on.

The one product that best epitomizes the shift in making technology bend to serve us humans, rather than the humans literally mutilating themselves (ruining their posture, their vision, their social face-to-face connectivity with fellow humans) just so that they can extract value from technology, is the Amazon Echo. Unlike the imperialist Visual-Touch smart phone that demands submission without apology, the Amazon Echo respects the human action flow and is the best invisible, interactive/interactional product available in the market today.

If you want to know something quickly, just naturally speak your question, then listen for the answer — and move on. If you want music, just say the name of a song and it starts playing. You don’t have to take your eyes off whatever you are looking at (your laptop screen, your book, the dishes you were washing), nor would you have to take your hands off wherever you had them (your laptop keyboard, your book, the dishes your were washing).

It is a satisfying irony that the most compelling mainstream use of Artificial Intelligence (AI) today is moving towards respecting the basic proposition that whatever products and solutions such AI delivers, the interface needs to respect the sanctity of the human action flow by bending the machine to understand the human in her own language.

Whatever products and solutions such AI delivers, the interface needs to respect the sanctity of the human action flow by bending the machine to understand the human in her own language.

The hope is that this ethos of subsuming the machine to the human (and, crucially, understanding that the delivery of such value cannot defeat its own purpose by mangling the human in the process) will inform the other emerging uses of Artificial Intelligence. The means should never be allowed to destroy the end in the name of justifying that end.

Support Ahmed's work by donating.
95% of proceeds go directly to the author, the remaining 5% goes to maintaining and running this publication.