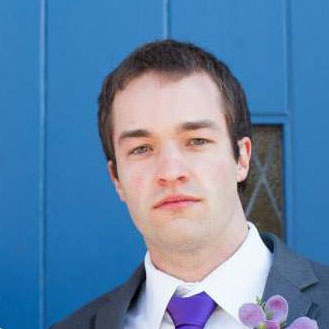 Albert Einstein’s most significant contributions to\nphysics were his insights into gravity and quantum mechanics,\nrespectively.  Einstein’s\ntheory of gravity, known as “general relativity,” works\nremarkably well for describing the motion of galaxies, black holes, and other\ncelestial bodies, while quantum mechanics works remarkably well for describing\nthe behavior of protons, electrons, and other small objects.

Unfortunately, though, general relativity and quantum mechanics\nare actually incompatible—neither one can accurately describe\nall physical processes.  This\nincompatibility has led physicists on a quest for a theory of “quantum\ngravity” that successfully combines both aspects of Einstein’s\nwork.  In the last few decades,\nstring theory has emerged as the leading candidate for such a theory.

String theory offers a number of famously bizarre postulates\nabout our universe: everything we see is made up of tiny, vibrating strings;\nthere are actually nine dimensions of space (not three), but the other six are\ncurled up so small we cannot see them. \nFrom this string theory has earned an aura of intrigue in popular\nculture, featuring notably in the hit television show “The Big Bang\nTheory.”

The answer to this question ultimately depends on how one defines\n“science.”  Is\nscience a process by which experiments are used to falsify theoretical\npredictions, or is science a synonym for rational human thought?  The verificationist movement of the\nfirst half of the 20th century essentially attempted to equate these two\ndefinitions, but most contemporary philosophers realize that such a program is\nhopeless: a large fraction of our beliefs cannot be verified solely using the\nfive senses.  String theory may not\nbe capable of experimental verification, but that does necessarily mean it runs\ncounter to rational thought.

In a field like medicine, experiment is crucial because the human\nanatomy is far too complex to be understood purely as a mathematical\nstructure.  But the fundamental\nlaws of particle physics, on the other hand, are tightly constrained by\nmathematics alone.  For instance,\nthe theoretical arguments supporting the existence of the Higgs boson were so\nstrong that the particle was considered part of the “standard model” of\nparticle physics for decades before its inevitable discovery in 2012.  The situation for string theory today\nis not so very different.

In just\nthe past couple of months, two independent collaborations (Strings from Massive Spins & Massless Particle Dynamics) have proven mathematically under certain assumptions that any consistent\ntheory of quantum gravity must be a string theory (using a precise, technical\ndefinition of a “string theory”).

There are a few caveats here, and it is\nnot yet clear how many mathematically consistent string theories might exist in\naddition to the ones we already know and love.  Nonetheless, the evidence is quickly mounting that when it\ncomes to theories of quantum gravity, string theory is the only game in\ntown.  It is not far-fetched to\nimagine that in our lifetimes, physicists could prove string theory\nmathematically—no experiments needed.

the evidence is quickly mounting that when it comes to theories of quantum gravity, string theory is the only game in town

A back-and-forth between theory and experiment is wonderful to\nhave, but sometimes theory by itself is sufficient (and it is far, far less\nexpensive).  It would be foolish\nfor us string theorists to abandon our pursuit of truth simply because we lack\nexperimental data, and it would be foolish for the rest of the educated\npopulace to reject string theory because it does not fit the definition of science\nthey’ve grown accustomed to.  It’s time we abandoned our outdated ideas\nof how physics should or must be done.  It’s time to reconsider string theory.

Support Tom's work by donating.
95% of proceeds go directly to the author, the remaining 5% goes to maintaining and running this publication.