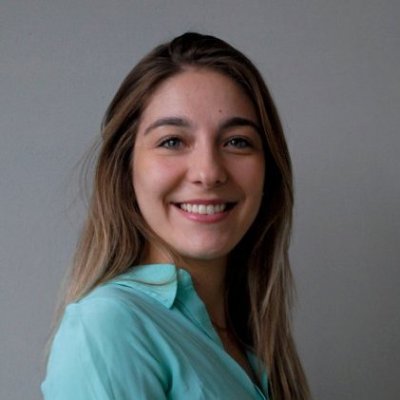 With such a complex issue as hunger, various technologies can help redistribute food that would otherwise go to the landfill.

For every 6 Americans, one goes hungry. For every 9 humans on this planet, one sleeps on an empty stomach. And for every meal that makes it from the farm to your plate, 4 meals worth of food are lost — either left in the field, wasted in restaurants, or spoiled in transit.

Today we’ll discuss hunger in the United States, and how innovative uses of technology can help reduce food waste and hunger.

Food Waste and Hunger in the U.S.

Across 84 countries, the United States Department of Agriculture (USDA), discovered that American consumers spend the smallest share of income on food. Despite this relative wealth, the study found that 1 in 6 people in the U.S. faces hunger while 1 in 9 people around the globe go to bed on an empty stomach [1].

This is what the USDA defines as food insecurity: the lack of access, at times, to enough food for all of a households’ members.

Poverty and food distribution are the largest factors behind hunger. When the food supply chain is inefficient, healthy and fresh foods become more expensive, leading to food deserts for the urban poor.

However, one man’s waste can be another man’s feast, and food waste, which has been a large problem in American cities now has the opportunity to become the source of a solution. According to the USDA study, the reasons for food waste differs between the developed and developing countries:

While here in the U.S., food waste starts in the kitchen by preparing too much food or even letting it spoil in our fridge and cabinets; in the developing world is the complete opposite, food waste happens during harvest time, due to lack of access to technology and markets to sell the food produced, and poor infrastructure leading to pest infestations or mold during the storage process.

Currently, social and government solutions to hunger are often aimed at alleviating poverty, as presented by the U.S. Conference of Mayors’ Report on Hunger and Homelessness [2] which proposes: “more affordable housing, more jobs and increase in Supplemental Nutrition Assistance Program(SNAP) benefits are actions that should be taken to reduce hunger. Employment training programs, better paying jobs, affordable childcare, and higher wages are other important actions to take to reduce hunger.”

But in all that has been said, where can technology enter as a tool to enhance these social and government solutions?

The Business of Food, Then and Now

According to Andrew Smith in his book, Food in America: The Past, Present, and Future of Food, Farming and the Family Meal, the 18th century brought significant changes for American farming. Advanced European agricultural practices, like organic fertilizers, crop rotation, and selective livestock breeding, began to be adopted by some farmers. Moreover, farmers ate what they grew, and the excess production was sold or exchanged with people they knew at the local markets.

In the 20th century, there was a rapid growth on American farming. The production and size increased, while the number of workers decreased. One of the reasons for this rapid growth, was the adoption of gasoline powered farm equipment, which boost the production of some crops, such as wheat.

Today the food industry transforms nearly 2 million raw farm commodities into consumer food and beverage products, sold through approximately 680,000 retail stores and food service outlets, with the U.S. leading in exports of processed food, accounting for more than half of food and agricultural exports.

From Farm to Plate, Gaps in the Supply Chain

Today, when we enter a grocery store, oftentimes we don’t realize the whole process encountered by our food to get into our fridges and cabinets. In fact, going to your neighborhood farmers market is a great way to learn just how many hands and hours it takes to get from farm to marketplace.

The food value chain encircle farms and firms; and their coordinated efforts and activities throughout the food supply chain.

Including the raw agricultural material and its production, storage, processing, distribution, retail, and consumption. And let’s not forget, the food supply chain also needs to generate profits and benefits to our society, without overusing natural resources.

As with many other industries, food is facing another series of growth in the age of Internet, automation, and renewed focus on environmental sustainability. Below are some innovative uses of technology to reduce food waste and tighten the gaps in the supply chain, ultimately allowing healthier food to get to the poorest in the nation who need it most.

Using technology and smart solutions can help to reuse and reallocate resources that would be thrown away, reducing the waste and possibly helping smallholders that once had no market to sell and reducing hunger by giving a second chance to this food. Thinking of this, Rafael Espinal, Jr., Council member for the 37th district in Brooklyn and the Chairman of the Committee on Consumer Affairs, introduced a legislation [3], in March of this year, that would facilitate food donations through a web portal.

Through this portal food donors and recipients can post notifications with the availability of the food and arranging the transportation or withdrawal of the food. With this initiative he aims to help 16.4% of New Yorkers who claim not having access to a nourishing meal.

Another idea from the city of New York, is City Harvest, that rescues all surplus food from grocers, farms, restaurants and manufacturers, and gives it a second chance by distributing it free of charge to food pantries, soup kitchens and other community food programs. City harvest has operated since 1982, and since then has helped to collect and distribute 55 million pounds of excess food, and accounts with more than 15,oo0 volunteers each year.

Also considered the “nation’s largest domestic hunger-relief organization”, Feeding America has developed a network of 200 food banks, and 60,000 food programs, by partnering with local businesses, government, individuals and charities. One of their works is food recovery, and by using innovative ideas they have rescued 2.8 billion pounds of food.

One example of these innovative ideas, is MealConnect, one of their newest innovations. The platform connects businesses of all sizes to post their surplus of food, that is available for immediate pick-up by the best-suited food program or food bank. The technology was funded with help from General Mills, Google.org and the Walmart Foundation.

Using data and an informational platform, IBM Smarter Cities initiative wants to educate companies and cities on how to improve their operations by knowing how to manage waste. IBM believes in the concept of a circular economy, where waste is seen as an asset, and it can be restored either as a material or an energy, lowering costs and maximizing profits.

Working as a team, growing their own vegetables and preparing all meals from scratch; using only compostable or recyclable packaging in the kitchen; converting frying oil into source of energy; using local partners, and partners that share this zero waste mindset, Microsoft became the first technology company to get this recognition and get to a 87 percent mark in their zero waste management goals.

I. References and Technical Documents

With such a complex issue as hunger, various technologies can help redistribute food that would otherwise go to the landfill.

/
Smart Cities Council
•
This is some text inside of a div block.

Food waste is a major problem. Can collaboration solve it?

/
Microsoft
•
This is some text inside of a div block.

/
The Local DK
•
This is some text inside of a div block.

Support Vitória's work by donating.
95% of proceeds go directly to the author, the remaining 5% goes to maintaining and running this publication.